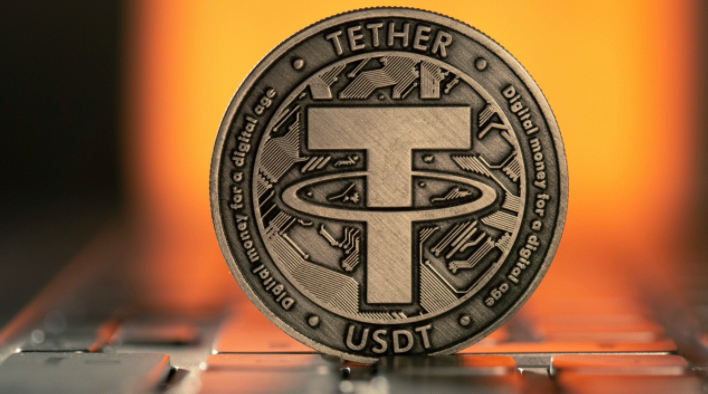 Since the creation of Bitcoin in 2009, digital currencies have become all the rage, with a total market cap of $2.25 trillion. There are over 6,500 cryptocurrencies in circulation today, all with individual characteristics and features to differentiate themselves from each other. One set of cryptocurrencies that have become very popular amongst investors is the stablecoin.

What is a Stablecoin?

Stablecoins are cryptocurrencies that are pegged to fiat currency or precious metal, in an attempt to provide a more stable asset. The perceived value of a stablecoin is combining “the best of both worlds”, with a digital form of currency for an array of uses such as banking. Through collateralization, a stablecoin can achieve more stability for a currency compared to other cryptocurrencies which rely more on the use of the currency instead.

For stablecoins to maintain stability, they use independent custodians to maintain reserves as collateral for each digital coin. Amongst the 34 stable coins that exist, one stable coin that has become a favorite is Tether. Founded in 2014, Tether uses Bitcoin’s blockchain technology to issue its tokens. The tokens were created by BitFinex and designated with the USDT symbol. Because Tether needs to hold reserves to back up each token, audits are supposed to be conducted regularly. This is where we get to the $70 billion problems. Does Tether have the reserves needed for collateral?

Currently, Tether’s executive team is under federal investigation for what many are calling a Ponzi scheme. Its CEO, Jean-Louis van der Velde, has even deleted his Twitter account. Tether has attracted thousands of investors because of its high-interest-bearing accounts. These accounts are supposed to operate in the same way a money market account does. The only difference here is that a money market account pays out less than the 1% interest compared to Tether’s 6-12% interest rates. This wouldn’t be an issue if Tether would abide by regulations and conduct independent audits of their reserves.

Where are the Reserves?

Tether claims to hold half of its reserves in commercial paper. If this claim were true, according to their market cap, they would own about 5% of the world’s currency. That would make Tether one of the biggest commercial paper holders in the world. Bloomberg recently investigated Tethers’ claims and reached out to the trading desk in London and New York. Both Trading desks replied that they have never conducted business with Tether.

Tether refuses to show regulators and investors the types of commercial paper they own. Their main custodian is a small bank located in the Bahamas. For Tether to make the correct commercial paper transactions, they would have to use a large financial institution. In fact, Bernie Madoff, convicted Ponzi schemer, used the same tactics when running his fake enterprise.

A slew of characters, including the president of Crypto Capital, was arrested for money laundering for the Colombian Cartel and other international criminal organizations. Crypto Captial, Tether’s payment processing firm, handled hundreds of millions of dollars for Tether.

Tether states they were a victim to these charges, citing that they did not have a formal contract with Crypto Capital, even though investigators found evidence of business transactions made between the two entities.

Owners of Tether tokens are receiving extraordinarily high-interest rates of 6-12% on brokerage accounts. High interest rates aren’t necessarily a red flag for many types of investments. As such, many high interests accounts usually come with higher risk associated investment, but in the case of Tether, we have little information of the types of investments they claim are allowing for them to pay these rates. Tether's relationships with the brokerage companies that bear these rates are conflicts of interest.

A large red flag amongst all stablecoin companies is their heavy reliance on seedy overseas investments in South America and China. These investments bring in higher than normal interest rates but usually do not bring in the principle returns. Unlike Tether, companies that do offer high-interest rates are audited and highly regulated.

Tether has never conducted an official audit. A New York City law firm, Friedman LLP, was hired to conduct an audit but it was never completed. Friedman LLP dropped its client for unknown reasons. In addition, the New York Attorney General’s Office investigated Tether for fraud. Subsequently, Tether settled the charges after misleading New York residents about the state of their reserves. The AG’s office tried to build a larger case but was meet with jurisdiction challenges. Most of Tether’s stablecoin accounts are located offshore.

Clearly, an audit would prove that Tether’s stated claims of holding the correct amount of reserves, would alleviate many of their legal woes. Recently, Tether received an “attestation” from an accounting firm in the Cayman Islands.

Aside from the lack of reserve audits, the NY AG’s office found out that at one point in 2017, Tether have amalgamated its depositors’ funds in their lawyer’s bank account. Then in 2018, Tether joined its funds with the reserves of BitFinex. Amalgamating funds is irresponsible for a financial institution to do, especially when it’s in the billions of dollars and accounts for 5% of the world’s commercial paper.

With all the continuous information coming out against Tether, it’s only a matter of time for its investors to jump ship. Apart from this, Its collapse would not only be disastrous for cryptocurrencies but can also affect global markets. Undoubtedly, this will lead the government to add stricter regulations in the crypto space. Not only that, this can lead many to distrust digital currency as a whole. Without sufficient oversite of stablecoin custodians, many predatory companies can emerge.

Only time will tell if Tether is a legitimate stablecoin or if it’s the crypto scam of the 21st century.