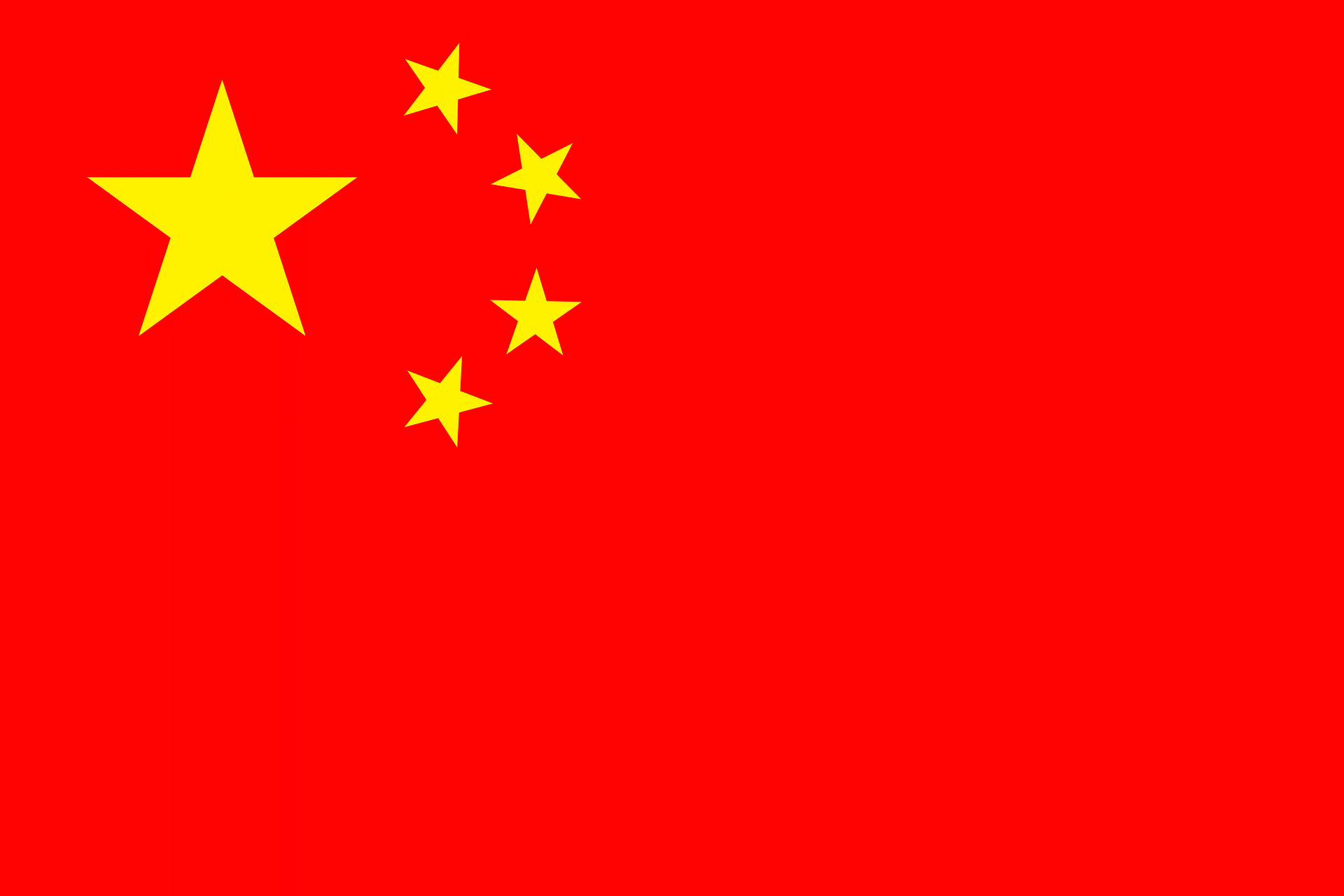 Of all the choices investors have today to go fully digital with their finances, Bitcoin and gold are no longer the only options. China is making waves with its digital Yuan as Alipay announces it will allow users to trade with the new currency. This partnership evolved from Alipay and Mybank’s participation in China’s digital currency expansion and electronic payment testing. Consequently, this further bolsters the relationship between China and the owners of Alipay, Ant Group. Recently, Ant Group confirmed its involvement in the development of this digital currency with this statement:

“As one of the participants in the trial of the e-CNY, Ant Group’s associate MYbank will steadily advance the trial pursuant to the overall arrangement of the People’s Bank of China. Ant Group, together with MYbank, will also continue to support the research, development and trial of PBOC’s e-CNY.”

But what does the use of a digital Yuan really mean in the grand scheme of the international economy? In essence, this could pose a threat to the US dollar in terms of global trading since a digital token would be much easier to use than paper. Furthermore, this could also threaten Bitcoin and other cryptocurrencies since the digital Yuan would be able to compete even though it lacks anonymity. But does the digital Yuan really stand a chance against the US dollar, Fedcoin, Bitcoin, and gold?

Why a Digital Yuan?

But why did China decide to go this route, to begin with? Fan Yifei, the deputy governor of the People’s Bank of China, indicated that there is a pressing need to digitize for multiple reasons. Some of these reasons include:

Additionally, many consumers, especially the younger generation, tend to pay by cards or digitally far more than they pay with cash. Yan Xiao, project lead for the digital trade at the World Economic Forum told CNBC:

“The use of cash is decreasing. Eventually, cash will be replaced by something in digital format. That is one of the big drivers behind this.”

However, China is going a step beyond merely offering debit and credit cards. They actually are creating the digital Yuan as a replacement for physical currency. There are many reasons for this transition, but it is mainly because they want to streamline the way the country is moving. Since citizens rarely use cash payments, this digital currency merely accelerates the process, and it has no interest paid on it. It also increases banking accessibility.

This step forward is especially important for China because it has the largest figure of people without banking access. A digital currency will help them to participate in the current economy and bypass costly banking products and infrastructure.

What is the Difference Between the Digital Yuan and a Stablecoin?

Stablecoins are pegged to something of value, such as PAX Gold, which is backed by physical gold. The digital Yuan, however, is backed by reserves of the physical fiat currency. Instead of the physical cash being used in everyday transactions, people will trade via mobile devices only. You will be able to use mobile wallets, scan QR codes to send or receive payment, and use digital tokens online while still trading the Yuan.

Basically, this is a federalized stablecoin and not a decentralized form of payment. Additionally, it is not anonymous. So although this has several key differences from stablecoins, China deemed it similar enough to outlaw certain cryptocoins, like Tether.

What Does the Digital Yuan Mean for the US?

China’s run to digital currency sets a precedent for other countries that also seek to detect criminal activity, avoid the cost of physical currency, and more. This is especially true for countries such as Australia, Russia, the UK, most of Europe, and the United States.

At this point, China has the second-largest economy in the world next to the United States. Some are concerned that if the US does not follow China’s lead that we will fall behind. No longer will the US be the top choice for international commerce, the digital Yuan could take its place. The US dollar is still about 88.3% of all international settlements, but digitization may make the digital Yuan more popular. However, the US already sees this threat and is actively working toward countering it. Other countries are following suit.

What is the Fedcoin?

In July, the US may well see the beginning of a new digital currency: the Fedcoin. The Massachusetts Institute of Technology is working with the Federal Reserve Bank of Boston to create the Fedcoin. At this time, it is unclear if the Fedcoin will include blockchain technology. When we do see the beginning of this currency, there will be “at least two prototype software platforms that could move, store and settle transactions made with digital dollars.”

We may be years behind, unfortunately. China began looking into this process in 2017 and is just beginning to offer it to citizens. The US still has some time to stay an international currency by offering digital currency as well. It remains unclear, however, how the US may handle Bitcoin if it becomes a direct competitor with the Fedcoin.

How Soon Can We See the Fedcoin?

Right now, banks are trying to reconcile the threat this poses to their profits by telling Congress that Fedcoin is not necessary. But also, Visa and Mastercard are trying to work with banks to ensure the availability of the new currency. So far, there is no approved legislation. Getting approval may take years. But the legalization of such a system could dismantle the middle-man system of a commercial banks and credit card networks.

Similar to China’s motivation to create a digital currency, the Fedcoin would also offer Americans access to a banking system while avoiding high fees. Nevertheless, Fed Chair Powell asserted that “digital currencies would need to be integrated into existing payment systems alongside cash and other forms of money.” This may have assuaged private banks’ fears about becoming irrelevant.

Not everyone agrees with Powell though. Ohio Democratic Senator Sherrod Brown is pushing the Fed to quickly integrate digital-currency accounts. His motivation is for Americans who cannot easily access financial systems. He argues they have no choice but to deal with payday lenders who charge higher fees and interest rates. This plan could dismantle commercial banks’ deposits that they need to give people mortgages and loans. Truthfully, digital currency could bypass the delay in processing checks and overdraft fees. Therefore, adopting a Fedcoin could be a great step forward for the American economy.

This is especially true if you consider the weight of the digital Yuan and Bitcoin. In fact, those who remain unsure of cryptocurrencies may opt for a more familiar payment system such as the Fedcoin. As of April 21, 2021, only 14% of Americans own some form of cryptocurrency. A Fedcoin could prove to be much more friendly to new digital coin traders.

That being said, all this has little to do with combatting inflation. So what does this mean for Bitcoin and gold?

Digital Currency and Inflation: What Now? Bitcoin and Gold?

Both the US and China streamlining their currency systems still does not solve the problem of inflation. If you merely digitize currency but change nothing about how it has value, then inflation will still exist. This is where Bitcoin and gold may continue to offer inflation security. However, as younger generations enter the investing world, they may be far more interested in digital currency. Thus, PAX Gold (PAXG) may be a rising coin of the future.

PAXG is a digital token that does not represent a dollar amount: it represents real, physical gold wealth. You can exchange PAXG for physical gold coins at authorized exchanges, such as Alpha Bullion. This innovative currency is a digital asset that is backed by one fine troy ounce of gold. This gold is stored in the world’s most secure vaults in London. Paxos guarantees each PAXG token using physical gold bars, meaning that anyone who owns PAXG also legally owns the underlying physical gold. Paxos Trust company holds it on your behalf until you redeem it for physical gold. As you look to build your safe haven hedge against inflation, you can easily choose to own both Bitcoin and gold in the same digital way. If the world is becoming digital, even gold rises to the challenge.