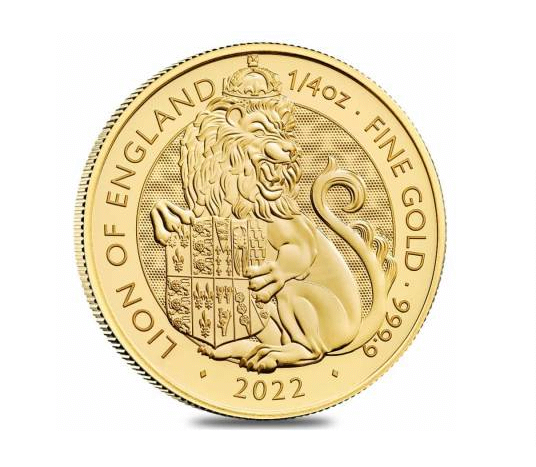 Coin collecting has become a highly popular form of precious metals investing over the past several generations. Investors look towards precious metal coins that are exclusive as a way to add value to their collections. Not to mention it’s a fun hobby as well! If you want to diversify your portfolio with highly coveted coins, then the Tudor Beasts Collection might be right for you. Following the great success of the Royal Mint's Queen’s Beasts collection, investors anticipate that the Tudor Collection will attract even stronger demand. The Royal Mint coins provide top-of-the-line products and have gained international recognition for their return on investment.

The House of Tudor

The House of Tudor was founded toward the end of the War of the Roses after Henry VII vanquished Richard III in battle. Henry VII would then unite the House of Lancaster and the House of York to form one of the strongest dynasties in Great Britain’s history. After the marriage of Henry Vll to Elizabeth of York, Henry VII focused on legitimizing his reign as ruler. Henry VII looked toward the tradition of heraldry (the act of displaying symbols, statues, and motifs) as a way of fortifying his position as the rightful English monarch. 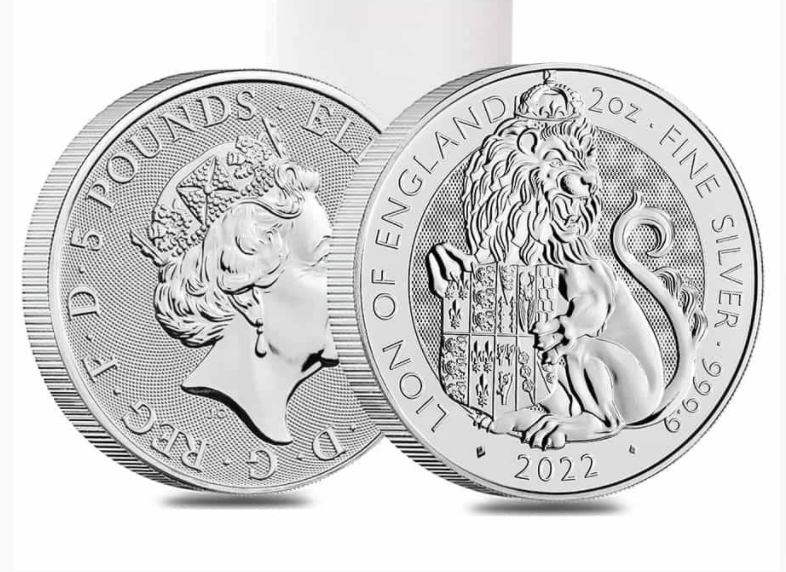 Heraldry was very influential throughout the kingdom. The population at the time was highly illiterate and heraldic symbols simplified the House of Tudor’s heritage and strength. After the king's death, his heir Henry VIII continued to instill the authority of the House of Tudor over his subjects through the use of heraldic symbols. Henry VIII took up residence in his favorite palace, Hampton Court, which was used for festivities and amusement.

At Hampton Court, ten stone beasts were set along the Moat Bridge. Each beast depicts the ancestry of Henry VIII and his third wife, Jane Seymour. The ten stone beasts and mythological creatures are now commemorated by the Royal Mint’s new Royal Tudor Beasts Collection.

Henry VIII gifted Jane the Seymour Panther from the treasury of beasts. The panther was adopted to strengthen Henry VIII's royal bloodline. The statue of the panther displays the Duke of Beaufort’s coat of arms, which represents Henry VIII's grandmother’s lineage. The Seymour Panther has the claws of an eagle and the tail of a lion which represents an enraged beast, with flames pouring out of its ears and mouth.

The Lion of England

This ferocious and courageous lion has represented England for generations. Featured on the shield of England, the lion symbolizes the strength, bravery, pride, and dignity of the British Crown. In the twelfth century, the Lion of England was introduced to the royal heraldry under the reign of Richard I. Standing tall on the viewer's left-hand side, the Lion of England is one of the first beasts to be placed on the Moat Bridge of Hampton Court Palace. The Lion of England can be seen holding the combination of two coats of arms from Henry VIII and Jane Seymour.

The Greyhound of Richmond

The Yale of Beaufort

A yale is a mystical goat-like animal that has the tusk of a boar, the tail of a lion, and swiveled long horns. The Yale of Beaufort unites the House of Beaufort with the House of Tudor through Henry VIII’s grandmother. Jane Seymour’s brother, the Duke of Somerset, also has his lineage linked to the beast. In honor of Jane Seymour’s brother, Henry VIII gifted her the beast.

The Tudor Dragon traces its heritage to Wales. The Tudors embraced the dragon in honor of their Welch lineage and signifies Tudor’s ferociousness. Dragons were predominantly used by Henry VIII’s great-grandfather, Owen Tudor. Henry VIII later claimed the beast as a connection to the Welch King of Gwynedd, Cadwaladr. The Tudor Dragon is red with a gold underside.

The unicorn is a mystical animal that has a body of a horse, with a spiral horn, lion’s tail, and beard of a goat. It was rarely used in heraldry before it was adopted by Henry VIII. The monarch selected this beast as a call to the “gods of fertility” to bless his third wife with a child that would carry on the Tudor crown. The Seymour Unicorn stands proudly on the Moat Bridge of Hampton Court Palace.

Similar to the Tudor Dragon, the Royal Dragon rose to prominence after the House of Tudor declared victory over the House of York at the Battle of Bosworth. Placed on the right side of the Moat Bridge, the Royal Dragon bears a shield. The body is composed of reptilian features, four legs, bat wings, and a fiery tongue which challenges those who question the legitimacy of Henry VIII.

The lion is a traditional symbol of royalty and heraldry that signifies bravery and strength. The Queen’s Lion is located on the Moat Bridge of Hampton Court Palace holding Jane Seymour’s badge. The badge displays a gateway with a hawthorn tree and a golden phoenix. The phoenix symbolizes love and rebirth which indicates that Jane adopted the badge in reference to the king’s love and devotion to her.

The Black Bull of Clarence

The Queen’s Panther bears impaled arms that represent the combination of Henry VIII and Jane Seymour's coat of arms. Standing guard on the Moat Bridge of Hampton Court Palace, this cunning beast watches all passers-by with a furious stare. The dexter, also known as the left side of the shield, breaks Henry VIII's arms into four parts, all representing his ancestors and his rightful sit on the English throne. The sinister ( right side of the shield) illustrates Jane’s Coat of Arms and the five families that carried the Coat of Arms.