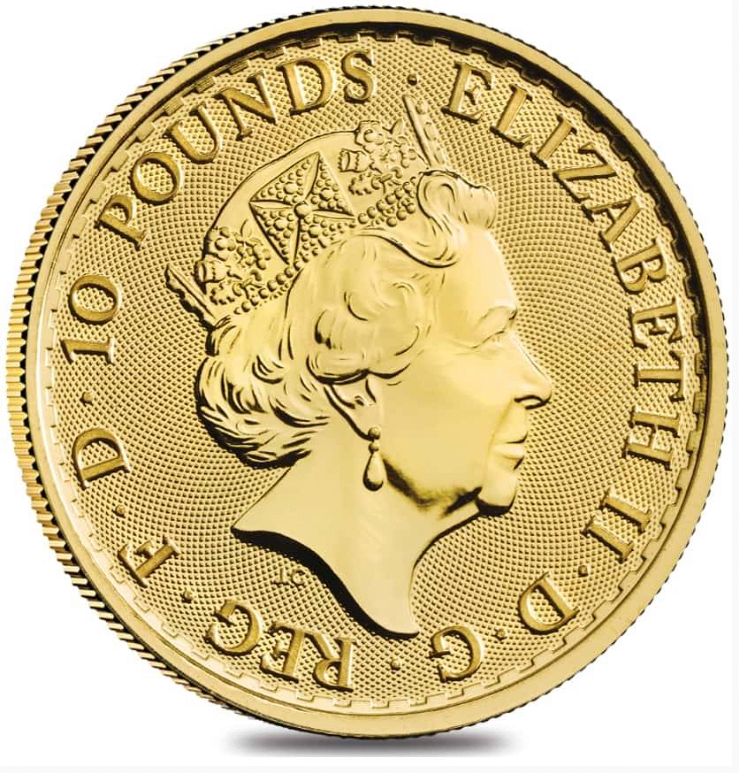 The Queen’s Likeness Lives On

On the afternoon of Thursday, September 8th, 2022, Queen Elizabeth II passed away. The news rippled throughout the world, as Her Majesty was the longest-ruling Monarch in the UK’s history. The mere mention of her name undoubtedly invokes strong emotions across the spectrum. Additionally, her influence permeated numerous countries, states, and even industries throughout her long life.

The precious metals industry is no exception; Queen Elizabeth II’s likeness has graced the surfaces of coins and bars for decades.

The Frequently-Changing-Face Of Queen Elizabeth II

Most coin enthusiasts know the image of Queen Elizabeth graces all coins minted in the UK and its territories. But few know this image has been redesigned five times during the Queen’s 70-year reign. Let’s take a look at these iconic images and significant events that shaped Elizabeth’s rule.

Elizabeth II ascended to the throne in 1952. Subsequently, a woman named Mary Gillick was chosen to model the new queen’s head for the British currency. An artist /sculptor in her 70’s, Gillick enjoyed the small burst of fame. Gillick’s design accurately depicted the new queen as a fresh-faced young woman, truly capturing her 25-year-old innocence and youth. 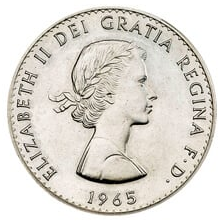 Second Design: Settling Into Her Role

After finding her footing and giving birth to her fourth child, Queen Elizabeth II found herself at the center of a new movement: the decolonization of Africa and the Caribbean. To assert herself as a leader in the public eye, Elizabeth embarked on her first royal walkabout in 1970. She visited Australia and New Zealand, meeting “ordinary people” throughout her commonwealth.

In 1971, all coins were replaced due to Decimalisation. For the previous few years starting in 1968, artists competed to receive the honor of designing the Queen’s next effigy. The victory went to artist Arnold Machin RA. He showcased the Queen wearing a small tiara instead of a wreath crown. Machin stated he wished to “produce a design with charm and dignity and yet without sentimentality”. Therefore, he gave the Queen more sharp and refined facial features. 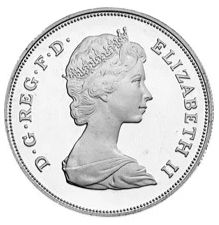 By the mid-1980s, Queen Elizabeth II had established herself as a competent and measured ruler. She survived two assassination attempts in 1981, maintaining her self-command through both ordeals. The 1980s also saw an uptake in press intensity surrounding the royal family. Besides dealing with attempts on her life and increased media pressure, the Queen found herself at odds with the new Prime Minister - Margaret Thatcher. Despite these challenges, the Queen ensured her public persona remained composed and controlled.

Designed in 1985 by Raphael Maclouf, the third portrait of the queen reflects her determined and poised countenance. Furthermore, an air of regality unseen in previous iterations offered viewers reassurance in their reigning monarch. 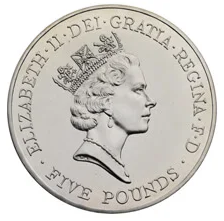 Fourth Design: A Demonstration of Maturation

The 1990s proved difficult for Queen Elizabeth II and her family. Reports of affairs and strained marriages among her immediate and extended family plagued her publicity team. Additionally, the media thrust the Queen’s finances into the spotlight, prompting Prime Minister John Major to announce plans to reform the royal finances. Of course, the most shocking news splintered the royal family and the world in 1997. A year after her son Prince Charles’ divorce from the beloved Princess Diana, Diana was killed in a car crash.

After almost a decade of notable hardship, the pressure to provide a suitable effigy for the Queen’s updated portrait grew significantly. The Queen had aged noticeably since her last portrait, and artists competed to provide an image that reflected her age with respect and dignity. Ian Rank-Broadley pleased those in charge, and it was introduced to the public in 1998. 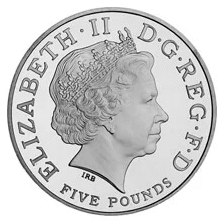 Fifth And Final Design: A Link To The Past And A Look Towards The Future

In 2007, Queen Elizabeth II surpassed her great-grandmother Queen Victoria in becoming the longest-lived British Monarch. Subsequently, in September 2015, Queen Elizabeth cemented her legacy as the longest-reigning British monarch and longest-reigning female head of state in the world. That year also saw the redesign of her effigy by artist Jody Clark, who won a ‘closed competition’ held by the Royal Mint Advisory Committee (RMAC).

Clark’s depiction shows an aging Elizabeth II wearing the Royal Diamond Diadem crown from her coronation, thus beautifully linking the present with the past. 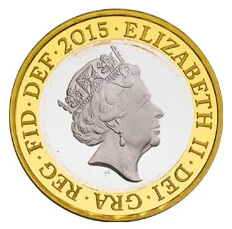 Bullion Exchanges recognizes the cultural and historical impact of these incredible images.  Therefore, we are proud to provide a wide variety of British coinage featuring this iconic monarch. Coin enthusiasts and historians alike will appreciate the significance of carrying these coins in their collection. We encourage those seeking more information about Queen Elizabeth's effigies to visit the Royal Mint’s website as well.